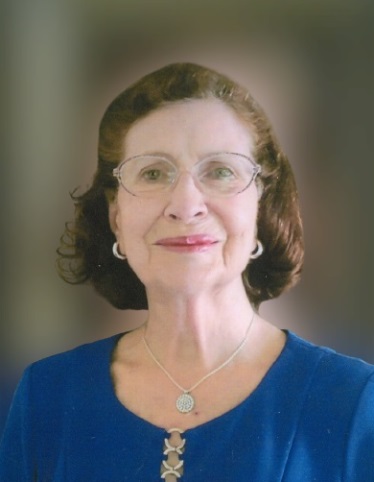 Barbara Ann “Barb” Prange, 86, died peacefully on August 24, 2022. She resided in Greenwood, IN with her daughter and son-in-law for the last two years; however, her primary residence was Chesterton, IN where she lived for more than 45 years.  Barb was born on December 17, 1935 in Detroit, MI to her parents, C. Wayne and Donna Brownell. She graduated from Highland Park High School in Detroit and attended Michigan State University for 2 years until she met the love of her life and future husband, Theodore Prange (Ted), during a college break. In 1957, Barb and Ted married and enjoyed life together for almost 60 years until he predeceased her in 2017.
Barb’s primary career was with Farm Bureau Insurance where she worked as an office manager and retired after 25 years.  She was devoted to her family, friends, and neighbors. Barb was also an active member of Faith Memorial Lutheran Church in Valparaiso, IN. She served the church in various volunteer capacities and was a 30-year member of the church’s “Grape Cluster.”
Barb was a Detroit city girl in her heart, but she fully embraced becoming a Hoosier. She was a fan of Indiana University and especially enjoyed attending their football games and cheering on the basketball team.
Barb loved life and embraced adventures including riding horses, water skiing, and climbing a 14,000-foot mountain. She traveled to various places from Maine to Alaska. Barb and Ted were always the first people on the dance floor, especially when a good Elvis song played.
She participated in the Silver Sneakers exercise program in Chesterton (Duneland Silver Sneakers) and at the Baxter YMCA in Indianapolis. Also in Chesterton, she was an active member of Duneland Seniors. She enjoyed swimming and even participated in a synchronized swimming group at one time as a young mother.
Barbara is survived by her children, Edgar W. Prange (Leigh Ann), Theodore P. Prange, Jr., and Jeannette L. Armstrong (Neil); her grandchildren, Alex Prange, Veronica Prange, Eric Prange (Jerah), Lindsey Wills (Casey), Matthew Prange, Kelsey Keating, and Kerry Keating; step-grandchildren, Alexis Bowling (Thomas), Haley Armstrong, and Erica Armstrong; and great-grandchildren Emelia Prange, Riley Wills, Wyatt Wills, and Bradley Bowling.  She also leaves behind her brother, David H. Brownell (Carol), and sister Nancy L. Shaffer (Robert). She was preceded in death by her brother, Charles H. Brownell, sister-in-law Dennise Brownell, and son-in-law, Stephen L. Keating.
Services will be held on Thursday, September 1, 2022, at Faith Memorial Lutheran Church, 753 N. Calumet Ave, Valparaiso, IN 46383. Visitation will be from 11:00am to 1:00pm with the funeral service immediately following. The burial will take place after the funeral at Angelcrest Cemetery in Valparaiso, IN.  In lieu of flowers, donations can be made to Joy’s House at UIndy, 1615 E. Castle Ave., Indianapolis, IN 46227.

I am so blessed to have gotten to know Barb over the last few years. Having coffee with her and Jeanie was so much fun! I will miss her.  -Sherry Amlung

I have only known Barb since she moved to Jeannie's and Neil's home. She was a delight to know. Having brunch with her and Jeannie was fun, and I will always remember her love for biscuits and gravy, the twinkle in her eyes when she might make a joke or tease Jeannie.  I am glad God brought her into my life at church and the Silver Sneakers at the Baxter Y.  -Donna Steenbarger

Dear Jeanie and Family, I'm so sorry to hear of your mom's passing. She and your dad were a fun and vibrant couple in our "Pup Posse" group. I don't know how many times we would take our Kate for a walk and stop at your parents' house so Kate and Hershey could play while your folks, my husband, and I would visit. Such good times, such lovely memories....and now she, your dad, and Hershey are together again. May her blessed memory be eternal.  My deepest sympathies,  -V. Thanos