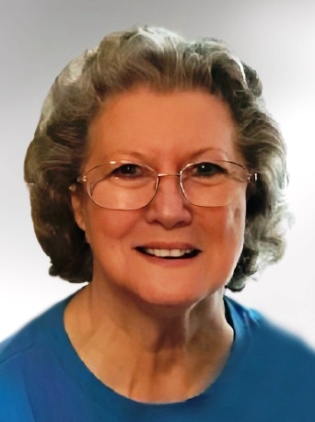 Barbara C. Webb, of Valparaiso, passed away peacefully on January 7, 2023, at the age of 83.  Barb was born on December 23, 1939, to Vernon and Marie Shively. Raised in Knox, IN until she married and later divorced. Barb worked later in life at Von Tobel Lumber Co. for 29 years as a store associate. Affectionately and respectfully nicknamed the “screw lady” by many customers due to her knowledge and command of the store sections she maintained until her retirement in 2013. She enjoyed cooking, crafting, and spending time with her grandchildren
Her travels have taken her to England, Scotland, and Las Vegas casinos. She loved to handwrite letters faithfully to family and friends until her passing.
She is proceeded in death by her parents; brothers, Richard, Clifford, and Eugene; sisters, Doris and Jean; and grandson, Nicholas Webb and son-in-law. Louis Golando, whose devilish banter with her was famous.
Barb is survived by her daughter, Sherry Golando of Valparaiso, IN; her son, Donald (Beth) R. Webb, Jr. of North Judson; grandchildren, Anthony (Maria) L. Golando of Porter, April (Jason) Miller of North Carolina and Matthew (Brittney) Webb of Knox; and 7 great-grandchildren.
A private memorial will be held on January 21, 2023, at her home.