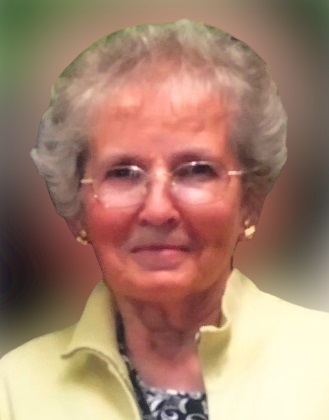 Betty Mae Bengel, 84, of Valparaiso passed away peacefully at home on Thursday, January 19, 2023 with the family she loved so dearly by her side.  She was born June 19, 1938 in Baltimore, MD to Hayward and Elizabeth (Sherman) Jones and graduated from Eastern High School. She graduated from Concordia College in River Forest, IL. On June 26, 1960 she married Edward “Don” Bengel who preceded her in death in 2018. Being the loving wife to her college sweetheart, Don and mother to their four children, twins, Eric and Lauralyn, Dirk and Mark were her primary purpose in life. She excelled at that purpose. She worked by Don’s side helping to manage Bengel Engineering and Surveying, which he owned and operated for over 50 years. She found immense joy in being a doting grandmother to Erica, Kelsey, Jack, Nikki, Shannon and Peter. She was forever baking her famous chocolate chip cookies, to keep the cookie jar full when the grands were coming to visit. She had a passion for colonial and US history and planned many “historical trips”. She and PopPop put thousands of miles on the minivan with their grandkids in tow, taking photos and making scrapbooks full of priceless memories. Betty and Don shared their immense love of the arts as well. They were forever taking their children, daughters-in-law and later their grandchildren to plays, musicals, symphonies and the opera. Betty was instrumental in instilling good manners and social etiquette whenever she found a teachable moment. Betty was a wonderful, living example of Biblical principles of trust in God, humility, integrity and courage through suffering.
Survivors include her children: Eric Bengel (Robin) of Valparaiso, Lauralyn Bengel (Dale) of Chicago and Lake Geneva, WI, Dirk Bengel (Patty) of Greenville, SC and Mark Bengel (Shelley) of Valparaiso, sister Jennie Henske (David), sister-in-law Beatrice Jones, nieces and nephews Megan Perello (Victor), Dan Jones (Debbie), Sean Hudson (Trista), Adrienne Stafford (Craig), Kate DesLauriers (Brad) and Adam Hudson, grandchildren: Erica Bengel, Kelsey Hebeler (Justin), Jack Bengel (Cheyenne), Nicole Baly (Kirk), Shannon Bengel and Peter Bengel, and great-grandchildren: Adalyn and Anders Baly, Mason and Ainsley Mae Hebeler. Betty was predeceased by her husband, parents and her brother Hayward Jones.
The family would like to send their heartfelt thanks to Tara, Manet, Dina, Jen, Liza and Tina. This team of round the clock caregivers always treated her with dignity, respect and love and made it possible for Betty to remain in the home she loved.
Following cremation at Angelcrest Crematory a celebration of Betty’s life will be announced at a later date.