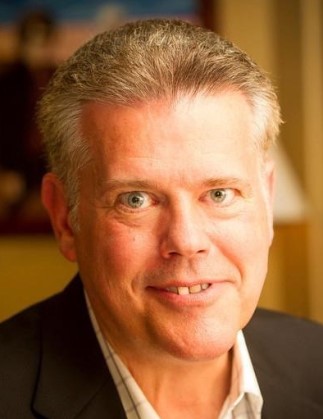 Bruce Allen Ives, 64 of Valparaiso, Indiana, passed away Tuesday, November 22, 2022. He was born September 1, 1958, in Ellwood City, Pennsylvania to Robert T. Ives and Ruth B. (Minkel) Ives. Bruce graduated from Valparaiso High School, Purdue University with a bachelor’s degree in Business Management, and the University of Michigan with a master’s degree in Fine Arts. Bruce’s professional career was largely spent working for nonprofit organizations in Chicago.
Bruce was a lover and supporter of the arts. He had deep roots in theater, beginning as an actor and ascending to director and manager of many productions. And while Bruce was a world traveler who enjoyed exploring new countries and their cultures, the theater was always calling him home. Bruce will be remembered as a person who enjoyed life and lived it to the fullest. He will be dearly missed.
Bruce is survived by his father, Robert T. Ives of Valparaiso, IN; brother, Robert W. (Ellen) Ives of Vancouver, WA; sister, Karen (Jeffrey H.) Williams of Naperville, IL; nieces and nephews: Jeff Ives, David Ives, Colton Ives, Chris Williams, and Anna Williams; and his beloved miniature dachshund, Dolph. He was preceded in death by his mother, Ruth Ives.
Per Bruce’s wishes, following cremation no public services will be held. To honor his legacy, memorial donations may be made in Bruce’s name to any charity of the donor’s choice which supports the arts.