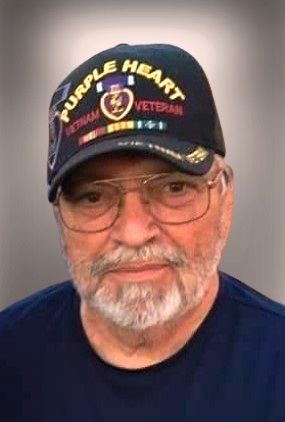 Charles “Chuck” Edward Murphy III, 75 of Valparaiso, passed away on Monday, January 23, 2023. He was born on October 1, 1947 in Gary, IN to the late Charles E. Murphy II and Mary (Stifle) Murphy. After attending Gary Edison High School and graduating from Griffith High School, he made his career as a Mechanic for Inland Steel for over 30 years before retiring. Chuck proudly served in the United States Army during the Vietnam War, where he received the following decorations: National Defense Service Medal, Vietnam Service Medal, Vietnam Campaign Medal, Combat Infantryman’s Badge, and Purple Heart. If you knew Chuck, you knew of his love for sports—especially golf, bowling, and rooting on the Chicago Cubs. He was known for being a jokester, sporting his cheeky grin and making everyone around him smile.   On March 27, 1993, in Hobart, IN, Charles married Laura Stringham who survives, along with his daughter, Tracy Dernulc; step-daughter, Francie (Jason) Lussow; grandson, Trevor Dernulc; step-granddaugher, Rylee Lussow; and brother, Donald (Clara) Murphy. He is preceded in death by his parents; step-son, Jimmy Kazlauski; son-in-law, Michael Dernulc; sister, Darlene; and brother-in-law, Charles.
A visitation will be held on Friday, January 27, 2023 from 3:00 – 7:00 PM at Moeller Funeral Home, 104 Roosevelt Rd., Valparaiso, with Military Honors beginning at 7:00 PM. A private burial will take place at Angelcrest Cemetery in Valparaiso. Memorial donations may be made to the VFW in his name.

All our hearts and prayers go to his family.  -Danny Lyman

To the family and friends, so sorry for your loss. Rest Easy Hero. -Randy Gumkowski (INPGR)