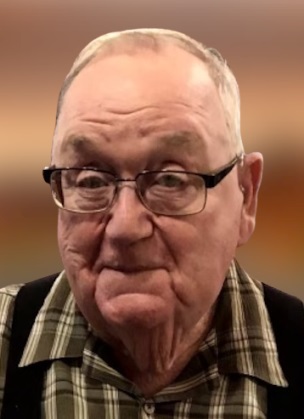 Curtis “Curt” Patton, 82 of Valparaiso passed away Monday, January 2, 2023 at the VNA Hospice Center, Valparaiso.  He was born March 30, 1940 in Lackey, Floyd County, Kentucky to the late Willie and Vina (Bailey) Patton.  Curt proudly served and made his career in the U.S. Air Force for 23 years, earning the rank of Master Sergeant.  Spending seven years at Volkel Air Base in the Netherlands, had the most impact on Curt’s time in the Air Force.  After his service, he continued his work as an aircraft mechanic at G & N Aircraft in Griffith.  Curt was a member of the Christian Assembly Church in Hobart, where he served as a deacon.  He enjoyed Far Side comics, traveling, culture, and learning customs of other countries and their delicious foods.  Curt readily helped anyone who came into his life, who he could help.  He loved sharing a delicious meal, talking, and spending time with family.
On September 14, 1963 in Gary, Indiana, Curt married Sharon Armes who preceded him in death in 2017.  He is survived by his children, Mike (Kimberly) Patton and Lisa Patton and grandchildren, Erin (Jacob) Barth and Nicholas Rissler.
Private family services were held with cremation at Angelcrest Crematory, Valparaiso.  In lieu of flowers, memorials are requested to VNA Hospice of NWI, ABRA Inc Rescue Angels, or Life Care Center of Valparaiso.

I did not know Curtis directly, I know his son well. Knowing that apples do not fall far from trees, Curtis must have been a great person. My thoughts are with you all in this difficult time.  -Matt Vandenbeld

I'd like to extend my deepest condolence to your family during this time of loss. I pray that everyone can take solace in the shared memories in the midst of grieving.  -Jayson Thompson

So sorry for the loss of a wonderful man, hugs & prayers to his family & friends. I worked with Curtis at G&N for many years he was always a pleasure to be around...always happy & had a story to share. He remembered every thing you told him & always asked about your family. He just called me a few weeks ago just to talk & asked how my daughter was doing. He will truly be missed by everyone who ever knew him.  -Misty Jones

We will miss u bro .Curtis u was always a great friend u was there when my brother was younger u took my brother back and forth to church and u was there to visit my dad in the hospital u always had a kind heart and always prayed with us prayers to the family right now and his church friends.  -Samantha Hough