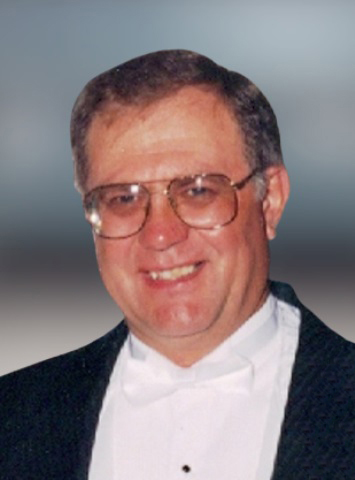 Dale Edward DeWitt, 80 of Lowell and formerly of Cedar Lake, passed away on Wednesday September 28, 2022 after a long battle with dementia. He was born on November 15, 1941 in Hammond to Richard and Wanda (Jilson) DeWitt. Dale proudly served in the U.S. Navy and fought in the Bay of Pigs. He made his career as an electrician for LTV Steel where he worked for 36 years. Dale loved golf and played on many golf courses across Indiana and Florida. He fondly named his dachshund “Putter”, who was his favorite buddy.
On June 22, 1996 in Las Vegas, Dale married Karen Joseforsky who survives, along with his children: David (Heather) DeWitt of Lowell and Debi (Brian) Latulip of Lake Village; grandchildren, Sebastian DeWitt, Daniel Schmal, and Abigail (Blake) Jackson; brother, Don (Karen) DeWitt of Arizona; sisters-in-law, Debbie Cummins and Patrice (John) Jarvis both of Valparaiso; brothers-in-law, Ron (Jen) Joseforsky of Valparaiso, Gregg (Mary) Joseforsky of Lowell, and Michael Joseforsky of Evansville; and many nieces and nephews who loved him dearly. He is preceded in death by his parents, Richard and Wanda, sister, Linda (Tom) Foreman, and brother-in-law, Rick Cummins.
A memorial visitation will be held on Tuesday, October 4, 2022 from 4-6 pm at Moeller Funeral Home, 104 Roosevelt Road, Valparaiso, with a service starting at 6 pm.

He will be missed!  -Bill and Carol Jensen

I am so so sorry for your loss. I did t know him but I know Don and Karen. They are such good people so I imagine he was a good person too. God rest his soul.  -Teresa Slattery