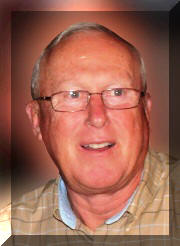 David Pozil, 77 of Valparaiso, passed away Friday, March 4, 2022. He was born October 30, 1944 in LaPorte to Louis and Evelyn (Doll) Pozil. Dave graduated from Morgan Township High School and proudly served in the United States Marine Corps Reserves from 1965-1972. Dave made his career as a Steelworker with Midwest Steel, while simultaneously running his own painting and tree trimming company, Twelve Oaks Tree Service. He was a member of Salem UCC in Wanatah, the Wanatah American Legion Post 403, and The Forty and Eight. Dave was a handyman, and a gardener who was known for growing Dolly Parton tomatoes. He loved to fish and spend winters in Florida on Lake Okeechobee with his wife. Dave enjoyed playing euchre, watching basketball, baseball, and cheering for the Cubs. He will be remembered for his charismatic personality, good sense of humor, and quick wit. Dave will be dearly missed.

A visitation will be held on Tuesday, March 8, 2022 from 3:00 pm – 7:00 pm at Moeller Funeral Home, 104 Roosevelt Rd., Valparaiso. The funeral service will begin at 10:00 am on Wednesday at Salem UCC, 302 S. Main St., Wanatah. Burial will follow at Salem Cemetery. Memorial donations may be made to Paralyzed Veterans of America www.PVA.org