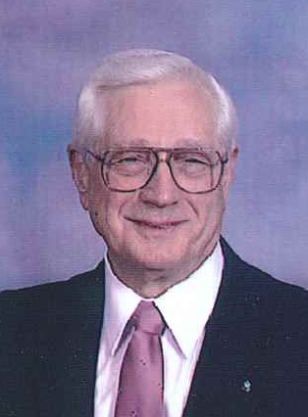 Edgar Rager, 93, of Valparaiso passed away Monday, November 14, 2022. He was born January 15, 1929 in Blairsville, PA to Walter & Myrtle (Torrance) Rager. Edgar served proudly with the U.S. Army in Germany. He made his career as an electrician with Midwest Steel for 29 years retiring in 1991. Membership in the Porter Lodge F & AM, and Scottish Rite were very meaningful relationships in his life. Edgar was quite proud to have been ordained as a Deacon in the Presbyterian Church in Ohio and continued service throughout his membership. He was currently a member of Valparaiso First United Methodist Church. His passion for motorcycles was legendary along with his enjoyment of bowling.
On February 10, 1950 he married Esther Hassenpflug who survives along with their children; Gwendolyn (Ron) Myers of Logansport, Linda (Ian) Townsend of Valparaiso, Fred (Bonnie) Rager of Westville & Cynthia (Brian) Neuner of Glendale, AZ, sister-in-law, Virginia Grcich of Chesterton, grandchildren; Jason, Aaron, Matthew, Justin, Freddie, Ashley, Rebecca & Eric, and 10 great-grandchildren. He was preceded in death by his siblings; Elizabeth, Virginia, Walter & Edna.
A visitation will be held Saturday, November 19th from 10 – 11 am at Valparaiso First United Methodist Church with memorial service beginning at 11:00 am. Private entombment of the urn will take place at Graceland Cemetery. Memorial donations may be made to Shriner’s Children’s Hospital or Valparaiso First united Methodist Church.

Our thoughts are with the family at this time of grief. Losing a loved one is never easy regardless of age or circumstance. God bless you all.  -Billy and Brinda Rogers

We were neighbors for 28 years on John St. He always had a sweet smile. I was blessed to see you both this summer when I was home for a visit. My deepest sympathies to you Mrs. Rager. Praying for God's love to surround and comfort you.  -Love, Mari and Gary