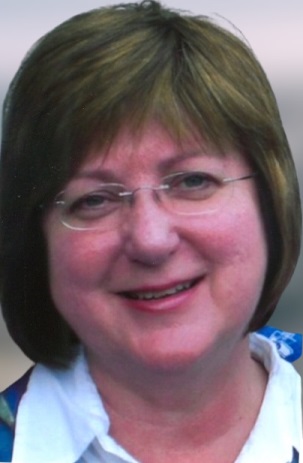 Helen Marie Spanopoulos, 73, of Chesterton, IN passed away Tuesday, June 14, 2022, at Residences at Coffee Creek. She was born March 22, 1949, in Gary, IN to Peter and Helen (Brzoska) Stecy, received a B.A. from Northwestern University, and a Juris Doctorate from Indiana University in Indianapolis. Helen was most proud of her career as manager of “Infant and Child Special Care” which was a pediatric home care service that produced marvelous results for premature infants.
On May 15, 1993, she married James Spanopoulos who survives along with her brothers, Peter (Lorna Davis) Stecy of Chicago and their daughter, Madeline, Charles Stecy of Whiting, step-sons, Frank (Sarah) Spanopoulos of Floyds Knobs, IN and Edward (Amy) Spanopoulos of Chesterton, IN and many loving grandchildren, nieces, nephews, cousins, and friends. She was preceded in death by her parents.
Helen was the first to show up in a crisis, always offering to help without being asked. She put others first and was generous to a fault. She was a trusted friend to many and will be greatly missed.
A private family visitation and memorial service will be held at Moeller Funeral Home. Memorial donations may be made to the VNA Hospice of Northwest Indiana or the Alzheimer’s Association.

Helen had been one of those we might call angels in our lives. Every now and then one will show up, and things seem to change for the better. She had been a homeroom friend at Hammond Clark, with whom I shared many hours of pleasantries. Her cheerful laugh yet rings down through the decades, for me. Imagine, so many years have passed, and I can still visualize her presence.
Friendly, intelligent, humane, and kind are four attributes that suddenly spring to consciousness for me when I might think of her. Add to that, diligent; imagine carrying a full load of high school courses like chemistry and advanced math and taking on editorship for a yearbook that resulted in a clean, dignified, attractive and appealing production.
I thought about her often over the decades, and always hoped the best for her comfort and care, no doubt generously provided by her loving family.
You had been a rara avis, Helen, yet pleasantly alive in our memories.  -Greg Susoreny