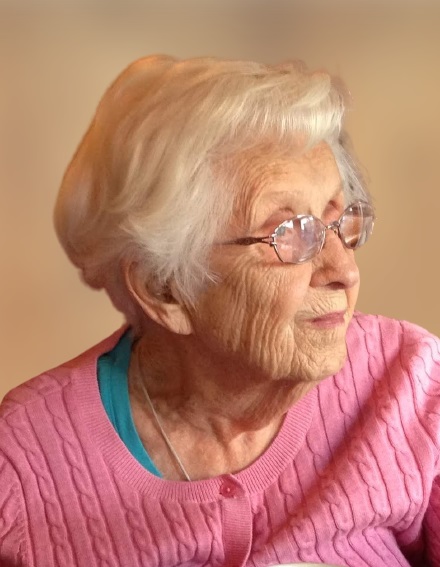 Irma D. Nulton, 99, of Valparaiso, passed away on Saturday, June 4, 2022 at home.  Born and raised in Gary, Indiana she was the second of five children to German born parents Emil and Natalie (Gusovius) Hirsch. She graduated from Horace Mann Highschool in 1941. She began her work life at Gary Methodist Hospital as a receptionist. She would later work as a clerk for eight years in the industrial engineering department at US Steel. She especially enjoyed singing in the department’s choral ensemble.  In Gary, she met her husband John A. Nulton, who preceded her in death in 2011. He was a WWII veteran of the Pacific Ocean theater. They married in September of 1948 and were blessed with four boys: John Jay (Patricia) Nulton of Indianapolis, IN, Kenneth J. Nulton of Griffith, IN, Jeffrey D. (Melissa) Nulton, granddaughter Grace and son Christopher M. Nulton of Valparaiso, IN.Moving to Valparaiso in the 70s, they joined Immanuel Lutheran Church. Irma continued working, notwithstanding the drive to Calumet City IL five days a week working for Sears at River Oaks. Shortly after retiring, she took the trip of her lifetime with her older sister Emma to Germany. With her German cousin Ziegfried as their guide, they traveled extensively through Germany and Austria seeing historic sites and visiting German family, some of whom she’d never met. She was very proud of her German Lutheran heritage.   When back in the US, she went on several road trips with her husband and sons Ken and Jeffrey to Colonial and Civil War sites in Virginia and Pennsylvania. In the late 90s, with her husband John, Irma took her longest road trip to date following the Oregon Trail out to Oregon to watch their son Christopher graduate from the University of Oregon.When not on the road, she was an enthusiastic flower gardener. Family will recall her extensive rose garden, while battling the Japanese beetle infestation, and her numerous flower bed incarnations. And whether planting or weeding, she found the hard work gratifying.   Inside her home, she loved hosting visiting family. Everyone looked forward to her potato salad. Just as enjoyable as her potato salad was her expressive sense of humor. It was most effective when she frequently would invoke a word or expression from an unsubstantiated German dialect.  Above all else, she found her deepest fulfillment in her love and devotion to her family. It was indispensable to her nature and it was without bounds. She will be so deeply missed and loved beyond measure.She was preceded in death by two sisters and brothers, Emma (Hirsch) Bachmann, Hertha (Hirsch) Chubbs, Jim Hirsch and Herbert Hirsch. Also surviving are sister in laws Martha (Davis) Hirsch and Sue (Philips) Hirsch, her nephews Fritz and Erich Hirsch, Jamie Chubbs, Robert Bachmann, Tom Hirsch and nieces Patti (Hirsch) Hinshaw, Leslie (Neil) Clark and Kimberlee (Chubbs) Quade.A funeral service will be held on Saturday, June 11, 2022 at 10AM at Immanuel Lutheran Church, 1700 N. Monticello Park Drive, the Rev. Andrew Fields officiating, with burial to follow at Calumet Park Cemetery. Visitation will be on Saturday morning in the All Saints Chapel at Immanuel from 9AM until the time of the service.