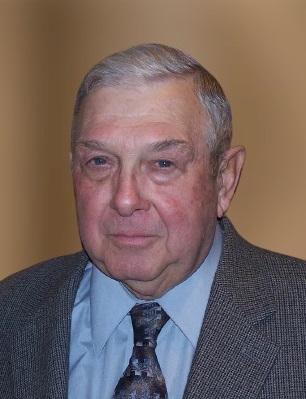 James Allen Smoker, 88, passed away peacefully at home on Monday, May 16, 2022, one day shy of his 89th birthday. He was born May 17, 1933, in Goshen, Indiana, to Dwight & Mildred (Kauffman) Smoker, graduated from Clinton Township High School in 1951, and served proudly with the US Army.  On June 19, 1954, he married Phyllis Buckalew, who preceded him in death on January 15, 2022. They were inseparable beginning at age 15 and were married 67 years. Survivors include their children Rita (Todd) Shireman of Wanatah; Gregory (Debora) Smoker of Wanatah; Susan (Scott) Carpenter of Cassopolis, MI; Jeffrey (Angela) Smoker of Wanatah; sister, Jane Maxwell of Valparaiso; brother, Jerry (Kelli) of Wanatah; grandchildren Clinton, Nathan, Jacob, Matthew, Joseph, Melissa, Morgan, Mitchell, Madison, Sarah, and Trent; and great-grandchildren Millicent, Raelyn, Natalie, Catherine, Sadie, Elijah, Stella, and Brody.

Jim was a cattleman and a farmer, whose life achievements were noted by many. He was the 1989 Indiana Beef Cattle Association Outstanding Cattleman, served as its President and received its Lifetime Achievement Award. He won the Prairie Farmer Magazine Master Farmer Award in 1996 and was its cover story twice. He was a co-founder of the North Central Cattlemen’s Association. He received the 2009 Purdue Agricultural Alumni Certificate of Distinction and the Purdue Block and Bridle Honorary Alumni Award. He hosted several Indiana/ Purdue Beef Evaluation and Economics Feeding Program Seminars and was the subject of articles in the Chicago Tribune.

Jim was heavily involved in 4-H throughout his life. He was a 10-year LaPorte County 4-H member and was proud to have earned many beef-related awards throughout the United States. He was honored to be the 1949 Indiana State Fair Champion Beef Showman and continued to represent the cattle industry by exhibiting the Grand Champion Car Load of Hereford cattle at the final Chicago International Livestock Exposition. His Indiana State Fair beef experience as a cattle showman was featured in the 1947 book Indiana: An Interpretation, which was used in Indiana History classrooms and is still being printed today. In LaPorte County, he served as a 4-H Leader, member of the 4-H Council, Beef Superintendent and a Director of the LaPorte County Agricultural Association (Fair Board) from 1991-2018. He received the Hall of Fame Award in 2010 for the Indiana Association of Fairs, Festivals and Events.

At age 32, he was elected to the newly formed South Central Community School Board, served eight years, and as President. He was a member of Salem United Church of Christ, LaPorte County Farm Bureau, and was on the Board of Directors for the Wanatah Mercantile.  Jim was of The Smoker Farms; BJSS Storage, Inc.; Mitchell & Schoppel Case IH; and Cattleman’s Choice Ribeyes.

Visitation will be held Monday, May 23 from 3-7pm at Wanatah Funeral Chapel. Funeral service will be on Tuesday, May 24 at 11am at Salem United Church of Christ, Wanatah. Burial to follow at Salem Cemetery. Memorial donations may be made to Salem Cemetery Fund or North Central Beef Cattle Association.