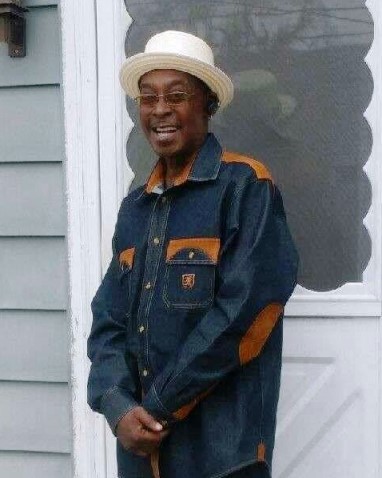 James Edward “Smokey” Smith, age 67, of Valparaiso, Indiana, formerly of Lansing, Illinois, passed away Tuesday, July 26, 2022. He was born in Chicago, Illinois on January 23, 1955, to Samuel Smith of Gary, Indiana and Marie (Pearson) Smith of Robbins, Illinois.  Smokey was a man of many talents. He enjoyed washing and detailing cars and could iron and press out any garment you put in front of him. Smokey was a gifted cook, a particular favorite dish in the kitchen was smothered potatoes and onions, and pork chops. He liked watching old western movies, and spending time with his beloved family. Smokey will be remembered for always getting the last word in the conversation, and his comical nature. He will be dearly missed by all who knew him.
Smokey was preceded in death by his parents, Samuel and Marie Smith; grandparents, James and Mary Pearson; wife, Mona Smith; and four sisters: Katie Pearson, Hortense Smith, Sandra Smith, and Carolyn Pearson. Smokey leaves behind to honor his memory his son, James Edward Smith, Jr.; his son’s mother, Joyce Cody; his granddaughter, Jamesha Lymm Smith; his great-grandson, Caleb James Smith; his siblings: Diane Mason, Samantha Copeland, Beverly Copeland-Davis, Dina Smith, and Samuel Smith, Jr.; aunt, Katie Jefferson; along with a host of nieces, nephews, cousins, and friends.
A Celebration of Smokey’s life will be held at a later date.

May God comfort you all hearts at this special time of need. You all have my condolences and prayers.  -Joyce Cody

Rest in Peace cousin, to all of our family members you all are in my prayers.  -Loretta Lee

All of our family is I my prayers, Rest in peace.  -Lorraine Matthew's

Family you have my deepest sympathy. I was so fond of my big cuz.  -DIANE MAXWELL