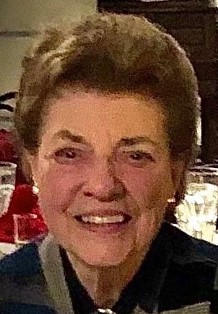 Janice Walton Reichard, 92 of Valparaiso, passed away Wednesday, May 25, 2022, at Addison Pointe, Chesterton, IN.  Janice was born October 24, 1929, in Bethlehem, PA to the late Truman O. and Lena K. (Reichling) Walton.  She graduated from Liberty High School in Bethlehem in 1947 and received a degree in Vocal Performance from Julliard School of Music, New York, NY in 1951.  Subsequently, she was involved in the Off-Broadway Theater Playhouse in New York and New Jersey.On September 12, 1952, Janice married William O. Reichard and continued to share her musical talents during her family’s residencies in Johnstown, PA and Valparaiso.  At First Presbyterian Church of Valparaiso, she was a member of both the choir and bell choir, served as a Deacon and an Elder, and volunteered at the Presbyterian Resale Shop. Janice was active in the community, giving voice and piano lessons, and judging voice for NISBOVA (ISSMA).  She was a member of P.E.O. Sorority, chapter CO for over 50 years, holding the offices of President, Vice President, Recording Secretary, and Chaplain.  Additionally, Janice was a member of Tri Kappa Sorority, a board member of Concert Association of Valparaiso, and enjoyed playing bridge and doing crossword puzzles.Janice is survived by her children, Wendy R. Hammen of Davenport, IA, William W. (Barbara) Reichard of Northville, MI, and Thomas W. (Gui Pessato) Reichard of South Haven, MI; grandchildren, Kellie (James) Mowll, Jaime (Joel) Kapp, Abby Reichard, and Emily Reichard; and great grandchildren, Eli and Sadie Mowll.  Janice was preceded in death by her husband Bill (2010), her son-in-law, Harvey Hammen and sister, Anita Miller. A Memorial Service will be held at a later date at the First Presbyterian Church.  In lieu of flowers, memorials are requested to the First Presbyterian Church of Valparaiso or the P.E.O. Sorority.