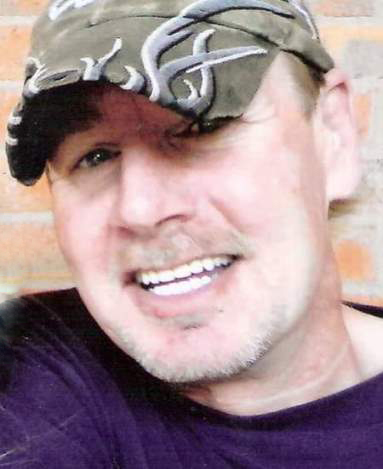 Jeffrey Michael Wolfe, 60 of Valparaiso, passed away Tuesday, August 2, 2022. He was born December 5, 1961, in Michigan City, Indiana to Richard J. Wolfe and Pamela Ann (Peters) Wolfe. Jeff graduated from Elson High School in 1981, and made his career in Dietary at a local nursing home. He could be described as a “Daredevil” who loved participating in the Demolition Derby’s at county fairs. Jeff also enjoyed working on his cars and getting them ready for the next event. He was a prankster with a good sense of humor, who was always making someone laugh. Jeff will be remembered as having a gentle soul and being a loving brother, father, and grandfather. He will be dearly missed by all who knew him.
Jeff is survived by his daughters: Nicole Wolfe of New Buffalo, MI, Heather (Stewart) Tyler of Casper, WY, and Angie McChristian of Hobart, IN; grandchildren: Nicholas, Keira, Liam, Lincoln, Mason, DeAnna, Tyler, Deven, and Ian; sister, Jennifer (Ira) Blackwell; brother, Timothy Wolfe; nieces and nephews: Tom (Jessica), Kate, Amanda, Michaella, Carieann, and Sydney; and many extended family members and friends. He was preceded in death by his parents; nephew, Joshua Wolfe; and best friend, William Gross.
A Celebration of Life will be held on Friday, August 5, 2022, from 4:00 p.m. – 7:00 p.m. at The Pennsy Depot Banquet, 2000 Comeford Road, Suite 3, Valparaiso, IN, 46383.

So sorry for family loss. I love and miss u uncle Jeff may you rip.  -Ali bachman