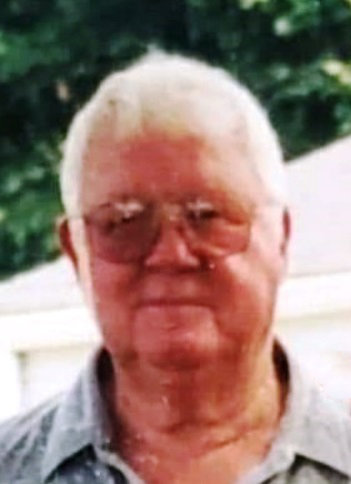 Joe James, 84 of Portage, passed away Wednesday, August 3, 2022. He was born August 21, 1937, in McHenry, KY to Obed and Mary (Austin) James. Joe made his career as a Steelworker with Bethlehem Steel for 40 years before retirement. He was a member of the USW Local 6787, Hoosier CoHo Club, and Izaak Walton League of America – Miller Chapter. Joe was an avid fisherman, who enjoyed indulging in a beer. He was also handy around the house and vehicles. Joe will be remembered as a hardworking man who was a loving husband, father, and grandfather.
On July 16, 1955, Joe married Shirley Moore, who preceded him in death in 2019. He is survived by their sons: Jerry James of Portage, Bruce James of Portage, and Brian James of LaPorte; grandchildren: Heidi Doolittle, John (Kara) James, Jason James, and Jessica (Adam) Shively; great-grandchildren: Logan, Evan, Landon, Lexie, Lilly, Hunter, Jackson, David, Austin, and Brendan; great-great-granddaughter, Ryatt; and siblings: Peggy Dean, Jim James, and Priscilla Smith. He was preceded in death by his father, Obed James; mother, Mary Ashby; brothers: Larry and Ricky James; and great-grandson, Liam.
A visitation will be held on Monday, August 8, 2022, from 10:00 a.m. – 12:00 p.m. at Moeller Funeral Home, 104 Roosevelt Rd., Valparaiso, with the funeral service beginning at 12:00 p.m. Burial will follow at Angelcrest Cemetery. In lieu of flowers, memorial donations may be made to the Alzheimer’s Association.

Brian and family, I never had the pleasure of meeting your dad personally, but he sounds like an amazing person. I am so happy he's resting comfortably now but my heart breaks for your loss. If anyone gets a chance, Revelation 21:4 talks about a promise made by Jesus himself death will be no more. It really helps me to hold on and look forward to when my mom will be resurrected praying for you all to have peace and comfort.  -Socky Cavallaris

Was very sorry to hear of your Fathers passing. Prayers for peace and comfort. The few times I saw him, he always had a smile on his face. May he and your Mother now RIP together.  -MaryBeth McKenna-Nelson

So sorry for your loss only met him once at a Mchenry alumni Banquet. My Brother in-law thought a lot of him and used to tell me stories about them going up there and fishing. Don and Peggy James.   -Tony Hurt and Janet Brown Hurt