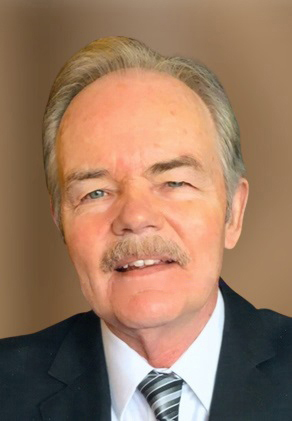 John Patrick ("Jack") Scott, 76, of Valparaiso, Indiana, passed away peacefully with his family on December 26, 2022 at his daughter’s home in Indiana.  He was born October 11, 1946 in Gary, Indiana, to John Charles and Eleanor (King) Scott.
Jack is survived by his wife of 56 years Paula (Koch); daughters, Kathleen (Kurt Knipp) Gibson, Kristine (Ken Waters) Pelt, and Karen (Steven) Mueller, son Jason Scott (Colleen Konicek Scott)  and 15 grandchildren:  Marie Gibson (Nick Moffit), Joseph Gibson, Julia Gibson, Amanda Knipp (Brian Mazurek), Libby Pelt, Nathan Pelt, Chloe Pelt, Grayson Waters, Sullivan Waters, Payton Waters, Emily Mueller, Gabby Mueller, Grace Mueller, Dominic Konicek, Brooks Scott, and great granddaughter, Avery Mazurek.  He was preceded in death by his parents Eleanor and John Scott, his sister, Carol (Scott) Beleslin, and his brother-in-law, George Beleslin. Jack was beloved by his wife, children, grandchildren and friends, all of whom enjoyed the laughter and fun he brought to their lives.
He will be remembered for his sense of humor, his fondness for sports and music, his witty quips and his love of great conversation, baseball, and Chicago sports.
Visitation will be from 3:00-7:00 PM on Friday, December 30th at Moeller Funeral Home, 104 Roosevelt Rd, Valparaiso, IN 46383.  The funeral mass will be held at 10am Saturday, December 31st directly at St. Paul Catholic Church, 1855 Harrison Blvd, Valparaiso, IN 46385.   In lieu of flowers, donations can be provided to the Lewy Body Dementia Association (lbda.org) or to Dunes Hospice Foundation in Jack’s memory.
“May the Lord bless you and keep you; The Lord make His face shine upon you, and be gracious to you; The Lord lift up His countenance upon you and give you peace.” Num 6:24-26