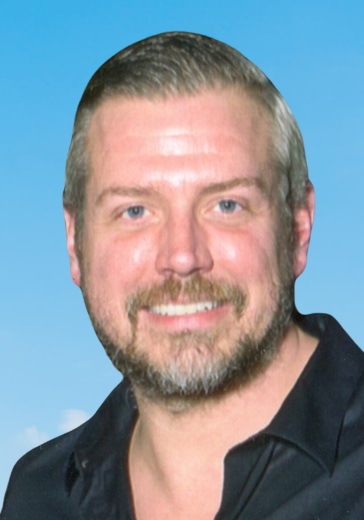 Karl Andrew Milkereit, 48 of Chicago, IL, passed away unexpectedly on Sunday, June 19, 2022. He was born May 12, 1974, in Valparaiso, IN to Gilbert and Carla (Pope) Milkereit. Karl graduated from Valparaiso High School in 1992 and went on to receive his bachelor's degree in History from Wabash College. He was currently a Human Resources Officer with Optimus in Chicago, but his true passion in life was swimming. Karl began swimming at age 12 and continued through high school, college, and beyond. He was a member of USA Swimming and Illinois Swimming, as well as a former Head Swim Coach and Aquatics Director at Stevenson High School in Lincolnshire, IL for 14 years. Karl was the owner and operator of Windy City Elite Aquatics, where he was a private swimming instructor for people of all ages and talent levels. His accolades as a coach include state and national championship swimmers and national record holders. Karl’s love for swimming was evident but even more so, he loved sharing his passion for swimming with others, especially children. He will be remembered for his kind heart and his abundance of patience. Karl will be dearly missed.
Karl is survived by his parents, Gilbert and Carla Milkereit of Kouts, IN; aunts and uncles: Bill (Yonnie) Pope, Phyllis Milkereit, David Thompson; and many cousins and friends. He was preceded in death by his grandparents: William and Patricia Pope, Karl and Frieda Milkereit; great grandparents: William and Ena Pope, William and Esther Aulwurm; uncle, Roy Milkereit; and aunt, Sandra Thompson.
A visitation will be held on Thursday, June 23, 2022 from 3:00 p.m. – 7:00 p.m. at Moeller Funeral Home, 104 Roosevelt Rd., Valparaiso. The funeral service will begin on Friday at 10:00 a.m. with burial to follow at Graceland Cemetery. In lieu of flowers, memorial donations may be made in Karl’s name to USA Swimming.  Click here to watch the recorded funeral service.

I am truly devastated by Karl's passing. This is so hard. I have so many wonderful memories of him and I will cherish them always. They say people come into your life for a reason, a season, or a lifetime. I've known Karl for 18 years, but we drifted apart as we both moved on and I moved away. We had one hell of a season together, though! We shared in so many experiences, both good and bad. We laughed and we cried. We traveled together, worked together, and he came into my life when I was fresh out of college and learning who I was. I'm so thankful to him for bringing me so much joy! I'm thankful to him for teaching me and guiding me in the realms of coaching, relationships, and friendships. He touched so many lives in his lifetime that was cut way too short. I'm so truly grateful he was a part of mine.
To repeat what we said to each other in one of our last text messages, "Love you and miss you lots!" I do, and I always will, Karl. Be at peace, my friend.  -Jackie Hernandez (Molzahn)

Extremely sad to hear about Karl. My apologies for not being there in person to pay my respects. As everyone knows who have met him, Karl was truly kind and warm. I had the pleasure of being a small part/group of 1989 seniors in trying to recruit Karl to swim for Skip Bird at VHS. Karl was a freshman and I was a senior. Never complained in morning practices and never spoke ill about anyone or anything. So glad Karl was a Viking and Little Giant! (fun memory: sectional final 100 breast 1989--amazing swim and awesome excitement with the win)  -Tim Hoftiezer

Very sorry to hear that Karl passed away. Prayers to your family during this difficult time. He was always so nice and a good friend. Its been many years since I last saw Karl as our lives went different ways and we each moved away. But we became friends in the pool. We shared a lane almost every day freshman year at Valpo. Had some great memories. Everyone on that team will remember Karl beating Chestertons great breastroker in the 100 in a great come from behind finish helping us win the championship in 89. God bless!  -Scott J. Agnew