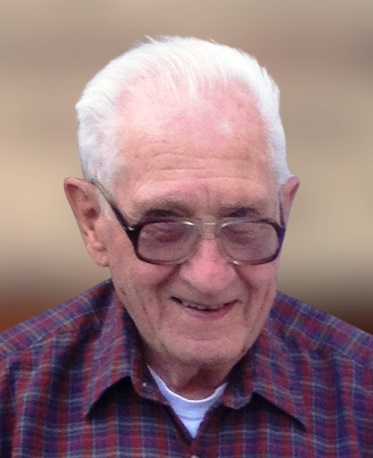 Malvern Stuart Lane, 94 of Valparaiso, Indiana passed away peacefully at home on Saturday, June 11, 2022. He was born March 13, 1928, in Peoria, Illinois to Henry and Blanche (Conger) Lane. Malvern proudly served in the United States Army (rank – Sgt. 1st Class) before making his career as a Mechanic with Smith’s Chevrolet in Hammond, Indiana for 40 years and owning Lane’s RV Repair in Lynwood, Illinois. Following retirement, he moved to Harlingen, Texas, where he lived for the past 30 years. Malvern attended the Church on the Arroyo in Arroyo, Texas while he resided there. He was passionate about working on motor vehicles and had even been a professional stock car racer.
In 1965, Malvern married Jeanne Boyd, who survives, along with his daughter, Debbie Reichert; stepson, Steve (Judy) Huff; grandchildren: Ian, Tracy, Sam, Maggie; and great grandchildren: Jacey, Riley, Kylee, Zoe, Cody, Cole, Cody, Owen, and Lucy; and many loving nieces and nephews. He was preceded in death by his parents; son, Marty Lane; daughter, Pam Bertalan; sisters: Lynas, Marge, and Laura; and brother, Ron.
Per Malvern’s wishes, following cremation, no services will be held.

Love and prayers to all, I remember a stockcar in the back yard. Playing tag with the kids, a trip to a diner. The time you came to visit in the motor home at Frankfort. His smile always seem to say hello. Mom'last road trip was going to see everyone when you got to Indiana. Mel last drive they'll all be waiting. Love,  -Jeri Holliger Kieninger