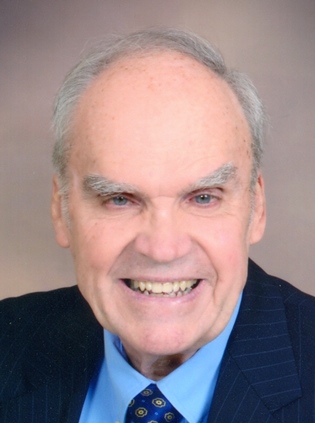 Martin William Henrichs, 85 of Valparaiso, Indiana, passed away on December 30, 2022. He was born on September 24, 1937, to Martin T. J. Henrichs and Edna (Wulf) Henrichs in Humboldt, Kansas. He had three brothers: Robert (deceased), Thomas, and Joseph (deceased). The family was nurtured by strong Christian values, love for education, hard work, and sports. Martin married Lis Thomsen from Denmark in 1960 and was blessed with two precious daughters: Marlise and Starla. Marlise’s daughter, Kirsten, and granddaughter, Skylar, and Starla’s children, Tobias and Camilla, have given Martin great joy. Following a divorce in 1973, Martin married Judy (McKean) Riggs in 1981, creating a loving blended family with three stepchildren: Cheryl, Roy, and Cindy, and five step-grandchildren: Lauren, Matthew, Amelia, Anna, and Paige.
Martin graduated from Valparaiso University and received his Master’s degree from Indiana University. He taught two years at Calumet Jr. High School (now Lake Ridge) and 34 years at Gary Roosevelt High School. His life was enriched by his experiences with Black and Jewish cultures. As a social studies teacher, he became a news junky, publishing many letters to the editors and writing a guest column for The NWI Times and Post-Tribune. His book, Logical or Ludicrous, You decide. reveals his tumultuous life story and outspoken opinions, and challenges readers to get facts and recognize bias in the news. He supported many conservative organizations and founded the Lake-Porter Leadership Councils of America, Inc.
Though he experienced trials and tribulations during his life, he was always sustained and guided by his faith in Jesus Christ. He read the Bible from Genesis to Revelation over 20 times and played the organ for churches for 65 years. He served on the Board of Directors of the Indiana District, Lutheran Church Missouri Synod and was a Regional Governor of the International Lutheran Laymen’s League. His thankful, independent spirit will be reflected at his funeral, which he composed as a celebration of Faith, Forgiveness and The Future.
Visitation will be held on Tuesday, January 3, 2023, from 3:00 p.m. – 7:00 p.m. at Kosanke Funeral Home, 309 S. Main Street, Kouts, Indiana. Funeral services will be at St. Paul Lutheran Church, 507 Rose Avenue, Kouts, Indiana, on Wednesday, January 4, 2023, at 10:00 a.m. followed by interment at St. Paul Lutheran Cemetery in Kouts. Rev. Joseph Ostafinski and Rev. Michael Henrichs officiating. Memorial donations may be made to St. Paul Lutheran Church.