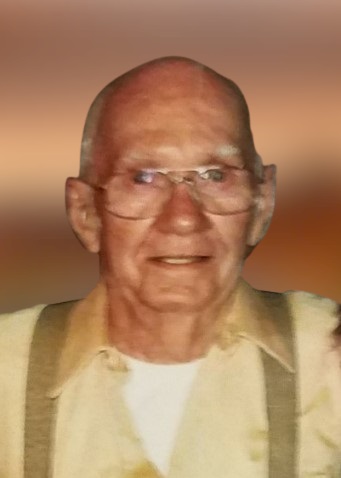 Marvin Walter Piper, 85 of LaGrange, passed away Tuesday, August 16, 2022. He was born February 2, 1937, in Gary to the late Walter and Emma (Herring) Piper. Marvin attended Tolleston High School in Gary and then proudly served in the United States Army, where he served in Korea. He later made his career as a switchman with EJ&E Railroad in Gary, retiring in 1993. Marvin had a good sense of humor and a laid-back personality. He enjoyed watching car races, playing the guitar and harmonica, and listening to music, especially the oldies and Johnny Cash. He was an expert at mowing grass and keeping his yard maintained. He also loved his dogs, Jenny and Heidi. Marvin will be remembered as a caring, kind, and sympathetic man who will be dearly missed by those who knew him.
On July 2, 1987, Marvin married Mary Etta Gibson, who preceded him in death in 2018. He is survived by his daughter, Doreen Mores; stepsons: Mike Gibson and Rodney Williams; 16 grandchildren; 6 great-grandchildren; and former spouse, Phyllis Piper. He was preceded in death by his daughter, Patricia Sears; siblings: Dorothy Mates, John Piper, Karen Sales; stepson, Jeremy Gibson; and great-grandson, Ayden.
A visitation will be held on Saturday, August 20, 2022 from 9:00 a.m. – 11:00 a.m. CT at the new location of Kosanke Funeral Home, 309 S. Main Street, Kouts, IN, with a funeral service beginning at 11:00 a.m. CT. Burial will follow at Graceland Cemetery, Kouts.

Doreen, I am so sorry for your loss. Your dad was always a character. He will be missed by his family and friends. Love you  -Ronda Piper Zimmerman