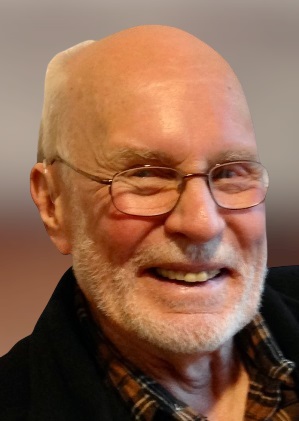 Robert P. Nicholson, 81 of Valparaiso and formerly of Morgan Twp., passed away Saturday, January 7, 2023. He was born April 19, 1941, in Michigan City, IN to Edwin and Ruth (Edquist) Nicholson. Bob began his career at U.S. Steel where he worked for 25 years. He went on to work for Crisman Sand Company and Heinold Feeds in Porter County before retiring. He was a member of Trinity Lutheran Church, Valparaiso, and a founding member of the Morgan Twp. Volunteer Fire Department.
On November 2, 1963, in Chesterton, Bob married Paula Wentland who survives along with their sons, David (Terri) and Eric (Courtney) Nicholson; grandchildren, Jeremy, Ryan, and Kathryn Nicholson and Jessica (Cory) Sandvold; great-grandchildren; Kylie, Kennedy, Chelsie, and Rylie; sisters, Christine Tressler and Dorothy (Jeri) Kasten; brother-in-law, Jack Lindenmeyer; and many cousins, nieces, and nephews. He was preceded in death by his parents; daughter, Ann Kathryn Nicholson; and siblings, Richard (Barbara) Nicholson and Betty Lindenmeyer, and brother-in-law Gary Tressler.
Bob was passionate about sports, both playing and coaching them. He thoroughly enjoyed working with basketball, baseball, and softball players to coach them on not just the fundamentals of the sport, but the bigger picture of the game as a whole. When he wasn't playing or coaching, Bob was in the stands cheering on his children who each shared his passion for sports. Bob's other hobbies included gardening, hog roasts, traveling, fishing trips, deer hunting, and attending races with family and friends.
Memorial Visitation will be held Thursday, January 12, 2023, from 3:00-7:00 PM at Moeller Funeral Home 104 Roosevelt Rd., Valparaiso, with a Memorial Service on Friday at 11:00 AM Trinity Lutheran Church 201 N. Washington St., Valparaiso. In lieu of flowers, memorials are requested to the Ann Nicholson Memorial Scholarship Fund for Morgan Township High School through the Porter County Community Foundation.

I'm so sorry to hear of his passing. He was such a good friend to my dad, Delbert Clennon, with the Morgan Fire Department. Such a kind man. Rest in Peace Bob. Many hugs to all of his family.  -Marian Clennon

To my former second grader, Eric, and your family…so sorry for your loss…I know he’ll live on in each of you. May the peace of God be with you during these difficult days…  -Carolyn Friend