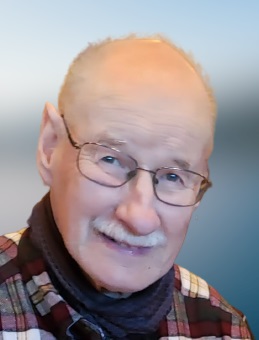 Ronald Dean Weaver, 80, of Union Mills, Indiana passed away Friday, May 13, 2022. He was born March 8, 1942 in LaPorte to Elroy & Ester (Jahns) Weaver, attended Hanna schools before graduating in the first class from South Central High School in 1963. Ronald began his career on the family dairy farm, worked as a draftsman for Clark Equipment in Michigan City 10 years, creatively provided for his family by working multiple other jobs before serving as a tree trimmer with Davey Tree for over 25 years.  He was a man of faith and loyal member of Union Mills Baptist Church where he served as a Deacon and song leader. He was meticulous, his philosophy was to measure 100 times cut once, or so it seemed.  Patience was required but you knew his work was done right.  Going out to dinner with Ron?  Better clear your calendar.  The man loved his food and took his sweet time enjoying every morsel.  Family was important.  Supporting his grandchildren meant a lot to him whether it was attending choir/band concerts, sporting events or graduations he was proud of their accomplishments. He also had a way with family pets.  Inexplicably every single one of them was drawn to him as their favorite, seeking his attention and companionship.On January 29, 1966 he married Sharon Pozil who survives along with their children, Daniel (Cindy) Weaver of Lebanon, Indiana, BethAnn (Kevin) Padget of Terre Haute, Indiana & Jason (Emily) Weaver of LaPorte, Indiana, sister, Kathy (Larry) Jackson of Chillicothe, Illinois, grandchildren, Jessica, Jenna, Jaycee, Gabrielle, Gregory, Shane, Brody & Damon, step-grandson, Ben, and sisters-in-law, Leotta & Mary Weaver. He was preceded in death by his parents, sister, Wilma May Weaver, twin brother, Donald Weaver, and brother, Allen Weaver.A visitation will be held Tuesday from 4 – 7 pm at Wanatah Funeral Chapel, 309 N. Main St., Wanatah. A celebration of life will begin at 11:00 am Wednesday at Crossroads Baptist Church, Wanatah, Pastor John Stallion officiating.  In lieu of flowers, memorial donations may be made to the Gideons International Society or Crossroads Baptist Church.