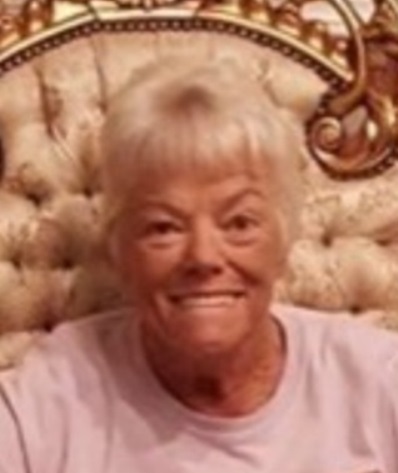 Sandra Suzanne Elf, 79 of Valparaiso and formerly of Fairhope, AL, passed away Wednesday, August 24, 2022.  She was born December 25, 1942 in Chicago, IL to the late Robert and Roberta (Tunis) Miller.  Before retiring, Sandra worked for 19 years as a cashier at Bauer Buick in Harvey, IL.  She enjoyed camping, loved the beach, and was known for her chocolate chip cookies.  Sandra was the most loving and accepting person, especially when it came to diversities and decisions of family.  She always wanted life to be in balance and was known to say as you were leaving, “Don’t work too hard!”
On July 17, 1963, Sandra married David C. Elf, Sr., who survives along with their son, David (Nanci) Elf, Jr.; daughter-in-law, Vicki Elf; and granddaughters, Abigail (Megan Wozniak) Elf, Kaylee Elf, and Mya Elf.  She was also preceded in death by her son, Scott Elf in 2005 and brother, Robert Miller.
Private family services were held with cremation at Angelcrest Crematory.  In honor of her courageous battle with lung cancer, donations may be made to the American Cancer Society.

Dave, it's hard to believe that I've known you and Sandy for over 60 years and, thanks to the Internet, we have always been able to stay in touch, whether it be ILLINOIS, ALABAMA, FLORIDA OR UPSTATE NEW YORK. My heart is broken for you and your family. I am still in shock as Sandy wrote her daily fun, uplifting message just the day before. You and your family are in my prayers. I will miss her daily updates, perhaps you could take over those so we can keep up with you. Much love to you....  -Merrilee Finch