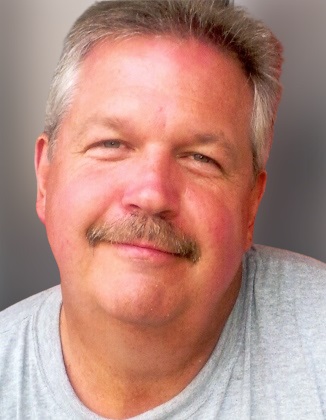 Shaun Alexander Shifflett, 60, of Valparaiso, passed away peacefully at home and surrounded by his family, on Friday, December 9, 2022. He was born in Harrisonburg, VA on October 21, 1962. He grew up in Falls Church, VA and graduated with a Bachelor of Science degree in Law Enforcement from George Mason University in Fairfax, VA. He was then a Deputy Sheriff for Fairfax County for eight years. In 1999, he married his best friend, Kate (Katy) Carroll. In 2001, they moved to Valparaiso, IN. Shaun was currently employed by the City of Valparaiso at the Utilities since 2007, first starting in Customer Service and recently as their Water Systems and Program Administrator. For over 11 years, Shaun coached his 3 boys and many kids in the community in soccer, basketball, and mostly baseball at Valpo Americans, where he was a board member for several years. He was a Cub Scout Den Leader and helper for two of his sons. He was a member of Valparaiso First United Methodist Church for 18 years where he proudly served as a Children’s Sunday School Teacher and an Usher. He was a lifelong Washington Redskins Fan. His favorite thing to do was watch his boys’ sporting events and in the end, spending time with them and his first grandson. He fought a long, tough, and courageous battle with cancer. He was our HERO. He valued family and friends, for which he had many.
He is survived by his wife, Kathryn (Kate) Shifflett; three sons, Scott “Alex” (Courtney) Shifflett of Fort Wayne, IN, Jack (Gabby Jackson) Shifflett of Valparaiso, IN and Jimmie Shifflett of Valparaiso, IN; first grandson, Colton Shifflett; Siblings, Starr Thomas of Warrenton, VA, and Scott (Tish) Shifflett of Port Charlotte, FL; In-laws, Jimmie and Mary Carroll of Crown Point, IN, Guido and Shelley Tims of Macy, IN, and Mark Carroll of Crown Point, IN; along with many nieces and nephews, and close friends. He is preceded in death by his parents, Forrest Nelson and Ann Katherine Shifflett, and brother-in-law, John Thomas.
The visitation will be held on Friday, December 16, 2022, from 3:00 p.m. – 7:00 p.m. at Moeller Funeral Home, 104 Roosevelt Road, Valparaiso. The Celebration of Life Service will be held on Saturday, December 17, 2022, at 11:00 a.m. at First United Methodist Church, 103 Franklin St., Valparaiso, IN. A luncheon will follow. In lieu of flowers, memorial donations may be made to the First United Methodist Church of Valparaiso.

I am so very sorry for your loss. Shaun was a good man and will be truly missed. You all will be in my thoughts and prayers at this very difficult time. Just know he is at peace and not in pain anymore.  -Stacie Anderson

You are in our prayers, sorry for your loss Shaun will be missed. RIP.  -Tim Sensibaugh

Rest in peace my friend. You fought a very tough battle. My prayers go out to your family and friends. I will never forget the good times we had. God bless you.  -James Cassidy

Shaun was an absolutely loving person and will ALWAYS remain in our hearts and memories. We ALL loved our HERO! Katy was the most devoted wife and care-giver & Shaun loved her so much for all she was to him.  -Jimmie douglas Carroll

So sorry for your loss, thoughts and prayers for you and yours.  -Steve Lilly

Our heartfelt condolences on Shauns passing. May he rest in eternal peace with the Lord for evermore.  -Daniel M. Tucker

Sending Love & Prayers to the Shifflett Family. I knew Shaun growing up in Annandale and High School where he played Basketball with my Brother Stu Hunt. I'm so sorry to hear about his loss God Bless you Shaun from the Hunt Family.  -Kim Hunt Gombert

So very sorry for you loss. From our family here at VLACD/LAC utilities.  -Alicia Barber