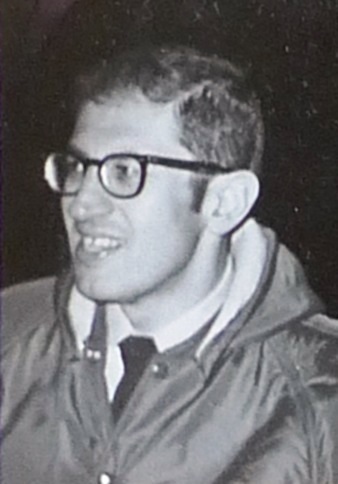 Sidney John Reggie, age 88 of Valparaiso, passed away on Friday, May 27, 2022. He was born in Zghorta, Lebanon on July 24, 1933 to the late John Amine Al-Araijeh and Shahideh Barbar El-Zaatini. Sid was born “Sayed John Amine” and his family immigrated to the USA in 1933, adopting the surname, Reggie. He spent his childhood in Springfield, MA and Lafayette, LA, and his family later moved to Los Angeles.He graduated from Manual Arts High School, and then joined the US Air Force, serving as a Mechanic in the  66th Tactical Reconnaissance Wing in Sembach, Germany during the Korean War. Sid played football for the Sembach Tigers, the Air Base’s football team that competed across Europe Bases. During his final year of service,  he was selected as “Outstanding Lineman” and a Germany All Star. Afterwards, Sid walked on at Purdue University and earned a Football Scholarship under Coach Mollenkopf. He was selected as “Outstanding  Lineman” his Freshman Year. Sid earned the nickname “Cheerio” for his humor and good nature. He was a member of Theta XI Fraternity. He received two Master degrees. Sid met Maredith Michel his Freshman Year in 1956 and then married “His Love” in 1960.Sid started the first Football Program at Centerville, IN. Sid and Maredith settled in Valpo in 1964, after a stop through Princeton, IN. Sid served the Community as a World History Teacher and Coach at Valparaiso High School for 41 years. As Head JV Football Coach, he had an 80% winning record of 103-25-2. Highlights include 4 Undefeated Teams and the 1975 3A State Football Title. He coached Wrestling for 8 Years and Track for 1 Year. Sid retired in 2005. In 2012, he was inducted into VHS Athletic Hall of Fame. Sid was one of those teachers that students remember for their entire lives, profoundly influencing the way they view themselves and their place in the world.
Sid and Maredith established Emmabay Newfoundland Dog Kennel in 1982. Sid trained numerous “Gentle Giant” Newfs in AKC Conformation, AKC Obedience, NCA Water Rescue and NCA Draft Dog Titles. Seven of their Newfs achieved the prestigious Versatility Newfoundland (VN) Title.
Sid is survived by his four children, Erica, John, Lisa, and Peter; seven grandchildren, Sid, Corran, Mara Jade, Nathan, Noah, McKinley and Milad; his siblings, Joe, Rosie, Pete and Emily, and countless friends. He is preceded in death by his wife of 54 years, Maredith, by his parents John and Shahideh, and his siblings; Nazha, Tommy, Charlotte, and Bobby.
A Celebration of Life Service will be held on Saturday, June 25, 2022, at the Valparaiso High School Auditorium. Visitation will begin at Noon Central Time followed by the Service at 1 p.m. A remote viewing link will be provided on the Sid Reggie Memorial Facebook Page. Sid’s ashes will be interred with Maredith’s in a Private Ceremony at Eden Cemetery in Schiller Park, IL. Memorial Donations may be made to: Valparaiso Schools Foundation, Valparaiso Boys & Girls Club, Duneland Exchange Club, Newfoundland Club of America. Anyone who wishes to participate in Sid’s Service, kindly contact Helen Lucaitis VHS Class of 1981 Mobile | 312.550.2077 Email | hlucaitis@aol.com