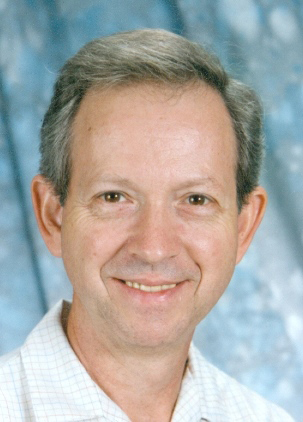 Terry O. Hand, 85 of Valparaiso, passed away peacefully Thursday, December 8, 2022.  He was born June 29, 1937 in Plymouth, IN to Donald B. and Lois Bess (Morris) Hand.  A graduate of Culver High School, Terry obtained his master’s degree in education from Ball State University.  He was a Veteran of the U.S. Navy, serving aboard the NOA and taught Elementary Art for 31 years for the School City of Hobart.   Terry was a member of the First United Methodist Church of Valparaiso and enjoyed photography, model trains, and gardening.
On August 24, 1963 in LaCrosse, IN, Terry married June Lichtwark who survives along with their son, Donald (Heather) Hand of Morgan Twp.; grandchildren, Alexis (Martin) Aguayo, Donald Hand, Jr., Taryn Hand, and Carly Hand; siblings, JoEllen Hicks of Walkerton, Donald E. Hand of Indianapolis, and Christine (Jim) Hatfield of Ft. Wayne; and many nieces and nephews.  He was preceded in death by his parents
A Memorial Gathering will be held on Wednesday, December 14, 2022 from 10:00 AM – 12:00 PM at the First United Methodist Church of Valparaiso, 103 N. Franklin St., Valparaiso, with a Memorial Service beginning at 12:00 PM.  In lieu of flowers, memorials may be made to the Alzheimer’s Association or the First United Methodist Church of Valparaiso.

Our prayers and thoughts are with you now and during the holidays. Terry was such a wonderful person. We are thankful we got to know him. His smile and humor will be sorely missed.  -Dave and Barb Wasil

Mr. Hand was one of the kindest, most gentle souls. I remember how we all thought, as kids attending Ridge View, that he was the best cartoonist ever! He was an inspiration to the thousands of kids who had the privilege of having him as a teacher and will be greatly missed.  -James Collier

Im so very sorry to hear about Terry passing. He was a wonderful, loving and kind, Art teacher. We always had fun in his class. He made things fun for us. I pray God holds all of his family in his arms and gives you peace and understanding.  -Peggy Pangburn- Castle - DAVID CASTLE

Dear June, Just found out about Terry's passing. He was such a kind sole and always treated me as a friend! He will be sorely missed! I have so many fond memories of he and I being in charge of lunchtime recess at Ridge View. He was blessed with such artistic talent and passed that on to his students. It was a pleasure for me to be a fellow teacher with him. When I became a Principal he was always supportive of me and made my job easier and pleasant with his quick wit and always made me laugh. May God Bless him and you! You made a wonderful team! With regret and fondness.  -Richard Gross