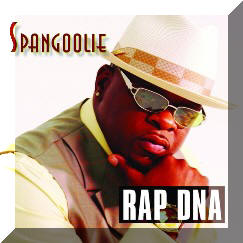 Toney McGee, 54 of Valparaiso, IN, formerly of Albuquerque, NM, passed away unexpectedly on Sunday, February 27, 2022. He was born on April 18, 1967 in Chicago, IL to James Earl McGee and Louise (Smith) Barnett. Toney made his career as a talented Entertainer and Rapper. He was part of a variety of musical groups with known entertainers, and had been featured in movies with many well-known artists, including Denzel Washington. Toney was a recording artist with his own CD, and had even produced a film. He was a well-liked man, who was good with people. Toney loved to travel with his wife, and spend time with his family and in-laws. He will be remembered for his outgoing personality and his great sense of humor. Toney loved entertaining, traveling, and above all, his family. He will be dearly missed by everyone who knew him.  On September 26, 2005 in Albuquerque, Toney married the love of his life, Yolanda Smith, who survives, along with his son, Dayvid Mykel Davis; step-children: Shanise Fredieu, Kshawn Cornwell, Amante Cornwell; mother, Louisia Barnett; brothers: Donald Langworthy and McKinley McGee; grandson, Amaze “Fat Mac” Fredieu; niece, Isemena Harper; and a host of extended family and friends. He was preceded in death by his father, James Earl McGee; infant sister; and many aunties and cousins.

At this time, services are pending. In lieu of flowers, memorial donations may be made to Moeller Funeral Home to help with funeral expenses.