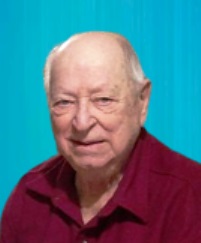 Vincent G. Sommers, 90 of Valparaiso, passed away Saturday, May 7, 2022. He was born November 12, 1931 in Kouts to Clarence and Ceolia (Tannehill) Sommers. Vince graduated from Kouts High School in 1949 and attended Ball State University and Valparaiso University. He also proudly served in the United States Naval Air Corps Reserves. Vince began his career at the steel mills, and later became a Barber in Kouts, before retiring from the Valparaiso Post Office. He was a member of the American Legion, and Liberty Bible Church, where he served as a Greeter and participated in Men’s Breakfast. Vince enjoyed collecting Lionel model trains, barbeque grilling, and cheering for the White Sox. His favorite pastime was spent fishing, either in Minnesota or on Lake Erie, where walleye and perch were the treasured catches. Vince will be remembered for his friendly demeanor and kind personality.On January 20, 1951, Vince married Ione G. Hayes, who preceded him in death in 2008. He is survived by their children: Vincent (Rebecca) Sommers of Plainfield, IN, Ione J. Spurling of Valparaiso, IN, and Scott (Julie) Sommers of Kauai, HI; 3 grandchildren; and 2 great grandchildren. He was preceded in death by his parents and 2 siblings.A visitation will be held on Thursday, May 12, 2022 from 10:00 a.m. – 12:00 p.m. at Moeller Funeral Home, 104 Roosevelt Rd., Valparaiso, with the funeral service beginning at 12:00 p.m. Burial will follow at Graceland Cemetery. In lieu of flowers, memorial donations may be made to the American Cancer Society or Liberty Bible Church.